We came from behind to claim all three points on the road and make it six games without defeat in the Premier League.
The forward line was in excellent form all evening with Nicolas Pepe, Bukayo Saka and Alexandre Lacazette all on target as we gained swift revenge for the weekend's FA Cup defeat here at St Mary's.
The Saints needed just three minutes to open the scoring, but we should have been ahead even before that. Granit Xhaka released Lacazette into the box, but the Frenchman's low shot was saved by the legs of Alex McCarthy as he bore down on goal.
The miss was compounded when the hosts went ahead through a thumping Stuart Armstrong volley from James Ward-Prowse's out-swinging corner.
We maintained our intensity though and got on terms through Pepe, who kept his cool inside the box to slide the ball into the corner after being set up by Xhaka.
Chances kept coming and it was certainly a more entertaining match than the FA Cup game here just three days ago, with Pepe and Saka seeing plenty of the ball on the wings.
The game eventually settled down, though it remained entertaining with both sides pushing men forward.
We went into the break in the lead thanks to a wonderful goal from Saka. Lacazette fed the youngster with a perfectly weighted pass, and the England man did the rest - skipping past McCarthy and then calmly rolled the ball home right footed from outside the box. It was his fourth goal in his last six league starts - he is certainly enjoying life on the right wing.
It was a much more measured start to the second half. The game was on a knife edge as the hosts began to peg us back.
But our third goal killed their impetus. The impressive Cedric found Saka on the opposite flank, and his low cross was converted from close range by Lacazette.
Bernd Leno made a superb save from a Ward-Prowse free-kick late on and Rob Holding tackled Che Adams in the area as Southampton made us work until the last minute for the three points that lift us to eighth.
#arsenal #arsenalhighlights #bukayosaka #nicolaspepe
Enjoy match highlights, training and behind the scenes to get closer to the likes of Pierre-Emerick Aubameyang, David Luiz, Vivianne Miedema, Nicolas Pepe, Alexandre Lacazette, Leah Williamson, Mesut Ozil, Bernd Leno, Danielle van de Donk, Willian, Hector Bellerin, Jordan Nobbs, Bukayo Saka, Kim Little, Gabriel Martinelli, Thomas Partey and more.
Subscribe to the Official Arsenal RUrun Channel: arsn.al/youtube
Follow us on Facebook: arsn.al/facebook
Follow us on Twitter: arsn.al/twitter
Follow us on Instagram: arsn.al/instagram
Follow us on TikTok: arsn.al/tiktok
This is the Official RUrun channel for Arsenal Football Club.
For more match action, highlights and training videos, make sure you become a digital member and sign up to Arsenal Player. It's FREE and is the Home of the Game: arsn.al/arsenalplayer
Arsenal Football Club were formed in 1886 and amassed 13 League titles, 14 FA Cups. Some of their greatest players include: Thierry Henry, Dennis Bergkamp, Tony Adams, Ian Wright, Robert Pires, Liam Brady, Patrick Vieira, Cliff Bastin and Charlie George.

Frank woodgate 20 дней назад
A successful withdrawal from this platform has always made me happy.

kolim jone 23 дня назад
Cedric excellent again, Saka continues to amaze, Laca got a goal so fair play to him. Xhaka and Partey solid in midfield. Pepe with a good game and Leno solid as well.

Rock girl 24 дня назад
when tierney's back, i want to see cedric on the right for the rest of the season

mikea hiooi 26 дней назад
Cedric excellent again, Saka continues to amaze, Laca got a goal so fair play to him. Xhaka and Partey solid in midfield. Pepe with a good game and Leno solid as well.

bilishu aliss 27 дней назад
Cedric excellent again, Saka continues to amaze, Laca got a goal so fair play to him. Xhaka and Partey solid in midfield. Pepe with a good game and Leno solid as well.

Walter Tomaz 27 дней назад
For YHWH so loved the world, that he gave his only Son, that whoever believes in him should not perish but have eternal life. John 3:16 Think not that I am come to destroy the law, or the prophets: I am not come to destroy, but to fulfil. For verily I say unto you, Till heaven and earth pass, one jot or one tittle shall in no wise pass from the law, till all be fulfilled. Whosoever therefore shall break one of these least commandments, and shall teach men so, he shall be called the least in the kingdom of heaven: but whosoever shall do and teach them, the same shall be called great in the kingdom of heaven. Matthew Chap 5 no matter what you've already done the messiah's sacrifice makes you totally clean when you accept the messiah as your lord you gain total access to heaven there is a specific plan for you prepared by God if you have any questions about it do a simple test ask God to show you that He exists and loves you

kingsley charles 29 дней назад
This is a fantastic game from arsenal. Top top performance. For more arsenal wins, like this comment

opzz xsin Месяц назад
"We need to get a consistent right back, unlike Bellerin and also a back-up left back for Tierney" Cedric: Yes

Angelica Stella Месяц назад
He is reliable and competent

tiger of tribe of africa not judah Месяц назад
Cedric no no no that was phenomenal.

serdy ximi Месяц назад
Cedric played like Southampton owe him something. Brilliant performance. If Tierney returns, Bellerin ain't getting his place back.

Rakesh Nair Месяц назад
That cross was quality. That goal was brilliant team work. Lovin it

dolimi jotoo Месяц назад
alongside, Pepe actually not useless. And all without Auba. 😎

Dek Abdi Месяц назад
Cedric what cross that was🥶

Davidson Vincent Месяц назад
This is the resurrection of Arsenal.

Irvin Auchumbit Месяц назад
Saka is doing what Gnabry could not in his youth.

vliduu zeeb Месяц назад
note to admin : it's youtube! not instagram! you can upload video with longer duration and more highlights!

drttyu liqm Месяц назад
alongside, Pepe actually not useless. And all without Auba. 😎

H 7 Месяц назад
Pepe movement for our equaliser was crazy, a man done a full 360 spin before receiving the ball. More of that man

Faisol Amirudin Месяц назад
note to admin : it's youtube! not instagram! you can upload video with longer duration and more highlights!

Gang Bang Месяц назад
Saka is growing so strong, all this season he have been arsenal best player !!

STUDIO DAN Месяц назад
Saka is so strong on the ball 💪🏿.

kezo konneh Месяц назад
We are back!

Jordan Davis Месяц назад
Cedric is unstoppable at the moment. With Tierney fit I don't see how Bellerin gets back into the squad.

Bright Takyi Месяц назад
Hello guys, the return of Thomas Partey has brought two wins, the forward are good but they need solid midfield to keep them at work. Please don't be offended, I am a fun of Thomas Partey.

Deflated Ball Месяц назад
A bunch of puns I came up with in the shower: 1: "Hey, man, you got an old toothbrush I could Middleborough?" 2: "Unfortunately I do Nottingham Forest." 1: "Ey, have you seen my plastic bottle cuttings? I need them for a farming project." 2: "Oh, I threw them out!" 1: "Man U can't be serious!" 1: "Hi. My name is Chester and I am the king." 2: "Man, Chester, U knighted so many many national treasures for no reason." 1: "Hi. My name is Chester and my city is on fire." 2: "Man, Chester's city is on fire. What a shame!" Please feel free to add more!

Sitaki nongwa Месяц назад
And probably we are soon having the Granite Xhaka Spot on. big up Major general granite Xhaka.

Sitaki nongwa Месяц назад
Good Approach boy. we need to keep our guts on tactics. soon we will be goliath if we keep running and running and running and keeping the strong attitude towards every game we play. And if we go 60 (sixty EPL) games unbeaten from the coming Saturday we can win the EPL tittle next season.

capybara tranquil Месяц назад
This was good but I think xhaka's pass to pepe could have happened much earlier at the moment pepe made the run and created space. Situational awareness is key. It was a bit late so pepe had to physically grapple with the defenders before making the shot.

84n70 Месяц назад
Stop with hate on Willian. He is great player and its unfair. its not always easy to perform in new club. Support him.

C.2drippy Месяц назад
We are gonna finish 4th like if you agree

84n70 Месяц назад
Im very impressed how Laca work for the team and not for personal fame.

sean leung Месяц назад
0:12, horrible, luiz just try to avoid the ball and let the ball slip in, trust me, luiz and willian are the spy from chelsea, that is the comment from 30 matchs observation

Ward Younes Месяц назад
What a comeback at Southampton !

Zé Месяц назад
that pass by Cédric was ridiculous 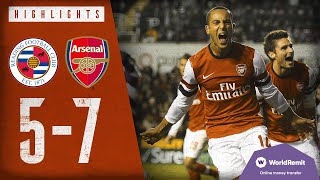 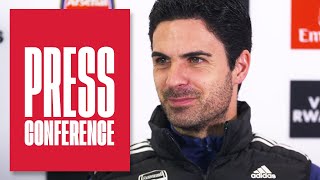 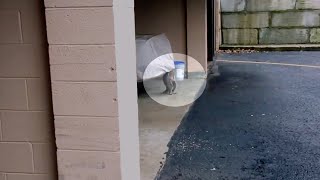 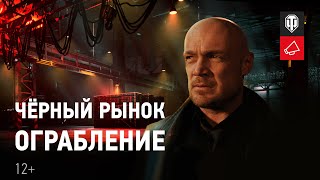 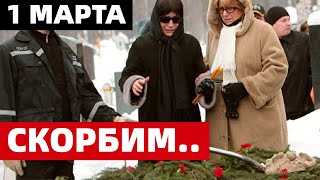 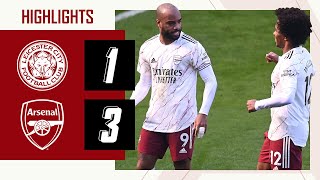